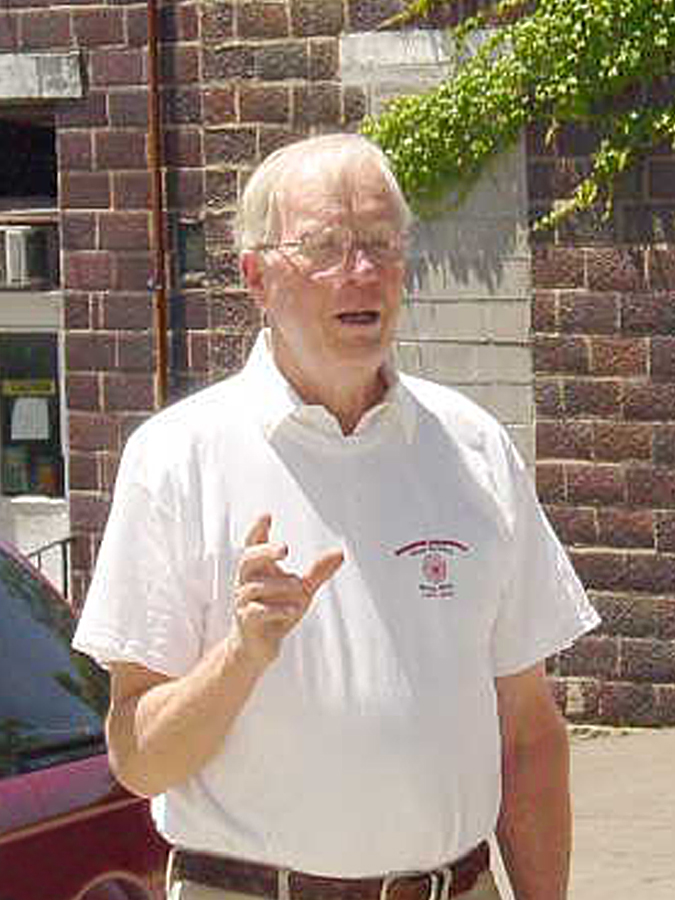 Here are some facts about Willy’s magnetic powder. If you eat dry cereal for breakfast, you are eating Willy’s powder as an iron supplement. We used to get a call a week from a parent who had a child that had broken Willy open and eaten the powder. They wanted to know what would happen. If it’s in cereal, it is safe to eat. The powder, ground very finely, is used to make toner for copiers. The magnetic ink on U. S. Currency is made with a similar powder.

Now to Willy’s history—-Marvel Specialty Co, predecessor to Smethport Specialty Co. was founded in 1922 in a barn in the alley behind the Legion building. Founders were Bill Kerr, Ralph Herzog, and Sanford Fry. Smethport was just installing its own town electric system as no electric generating company would do so. That made it much more convenient to run a manufacturing operation. The first items were magnet and toys sets, flicker tops, racing tops, and pinwheels. But even before Marvel, there was the Electric Toy Co. of 1909 producing Bill Kerr’s magnet and toys sets. Its history was recently researched by Smethport High’s student Kayla Lincoln and details can be found at smethporthistory.org website.

In 1928 expanded operations required a larger building. 304 Fulton St., former site of the Boy’s Magazine, a block form here was available. Marvel moved there in there and became Smethport Specialty Co. in 1932. That was during the depression. Because their toys were low in cost, they continued to sell offering much needed employment. All toy production ceased during WWII. The company became R. W. Herzog Co. producing billions of mica insulators for proximity bomb radio tubes. After the war with reduced need for insulators, Smethport Specialty again surfaced making magnet and toy sets.

Wooly Willy was born in 1955 from the dust of magnet grindings and an awful lot of development work. It was a simple toy that seemed destined to fail as no chain store toy buyer had any interest; all saying the toy would never sell. A G. C. Murphy chain store buyer in McKeesport, PA decided to prove it with an order for six dozen for his Indianapolis store saying “I’ll still have all of them a year from now.” A few days after delivery he called ordering a thousand dozen. The rest is history, It went on to sell millions—being chosen on the Toy of the Century list for year 1955. Other toys for various years were Hula Hoop, Barbie, Potato Head, Lionel Trains, Hot Wheels so you see Willy is in good company. Interesting, the chain stores of the 1955s like Woolworth, Grant, Kresge, McCrory, and Green who purchased millions are gone but Lindgrens, our local unique variety store continues on their second half century sales of Willy.

Production of Willy began with a handfed printing press and paper cutter build in 1883 probably leftover from the Boys’ Magazine operation. Yellow cardboard was used as it was not practical to print that color. The first sets were assembled with a hand clamshell press of cards glued with contact cement. Unknown to us, when the contact cement was exposed to high temperatures, the glue bond failed. That was quickly corrected using wet glue. While we had found the perfect iron powder in magnetite it was frequently dirty making a mess of the faces. That problem was solved by developing a special coating. Fifty years have seen a complete revision of manufacturing techniques. Today’s Willys are automatically assembled. Printing equipment can run multiple colors. Cardboard cutting is done on programmable paper cutters.

What has Wooly Willy and his good friend Dapper Dan the Magnetic Man meant to Smethport for the past 50 years? For starters, it has presented the name of Smethport to the public about 200 million times. Willy alone, has given local people at least 1 ½ million hours of employment and more than four million hours on related products. It permitted the construction of a 100,000 square foot factory. Millions of dollars have been paid to regular and summer employees.

I would like to mention a few names of people that helped to achieve the initial success of Wooly Willy— Leonard Mackowski, a very talented design artist, Bark Daugherty, a neighbor who let me use his shop equipment when we had none, employees Bob Keenan, Carol Bishop, Edith Gustafson, Vinski Swanson, Peg Berg, Myrtle Kohn, Florence Lord, Willard Rounsville, Mary Johnson, Lucille Perry, Ida Firtzgerald, Jackie Konstanty, Mary Smith and there were many more. Mary Smith was quite unusual, making Willys until she was 80, and enjoying every minute of it.

Sometimes I hear that Smethport is not a town of opportunity. If a simple toy like Wooly Willy can generate and continue to generate all of these dollars. There must be many other ideas that can come from the people to do the same. We have a beautiful community with good schools and many other outstanding features. If you like it here, you can make it happen here.

On quick story in closing, a woman wrote, “My son had been in the hospital for three months without smiling until he received Dapper Dan.” You can be assured that letter generated a few more smiles.

Let’s look forward to another 50 years of Wooly Willy.

To set up an interview with James Herzog, please contact uscreate new email.