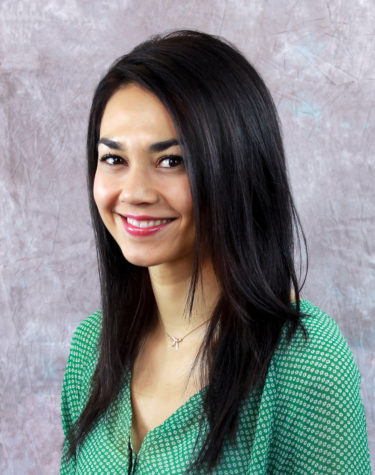 Every little girl wants a doll, or several really, and so did 8-year-old Alice Brooks. She asked her dad for a doll, but he made the bold decision to not buy his daughter a doll. Instead, he gave little Alice a saw, and being her father’s daughter, Alice was bold and made her own doll out of wood and nails. It may have been her first project, but she had been playing in her dad’s robotics lab while growing up, so she was no stranger to engineering.

How and why did Alice develop Roominate? She and her co-founder, both engineers who were inspired by childhood toys, saw a strong division between girls’ and boys’ toys. And, they noticed a lack of creative building options for girls, which bothered them because they wanted more girls to be inspired by toys like they were years earlier. Again being bold, Alice decided to solve this problem, and she and her partner came together to design a toy with one simple mission: Open up possibilities for girls by showing them that creativity and engineering are fun.

Roominate is quickly becoming a popular toy line that builds confidence in technology and engineering, all while being intuitive and fun! Girls can design and build their own carnival, townhouse, pet vet and more, and then add circuits and motors to bring their creations to life! Alice enjoys watching children be inspired by Roominate, having fun and building self-confidence while becoming creative engineers! The line is winning several awards, including Forbes “Top 10 Toys to Watch in 2015,” TIME “Toy of the Year” and 2015 TOTY Finalist.

With the success of Roominate, Alice has become well-respected in the toy industry and business community. In 2015, Alice was named in the Forbes 30 Under 30 list, and in 2016 was included in the 30 under 30 all-star alumni list. She was also invited to attend the White House conference “Breaking Down Gender Stereotypes in Media and Toys,” and asked to be a member of a panel at the 2016 Forbes Women’s Summit, “The Lives You Impact: The Role of Culture in Educating and Empowering Tomorrow’s Leaders.”

At the end of 2015, Roominate was acquired by the toy company PlayMonster. Alice continues to work on the development of Roominate and is excited about working with PlayMonster. She’s confident about this next phase of Roominate’s life and says, “PlayMonster’s entrepreneurial spirit and innovative culture is exactly what we were looking for to help grow Roominate.” Her first PlayMonster projects were working with other engineers and artists to design all new pieces for Roominate sets, improving the motor function and redesigning the dolls. So, yes, Alice is still building dolls, but now it’s for the next generation of engineers.

To set up an interview with Alice Brooks, please contact uscreate new email.