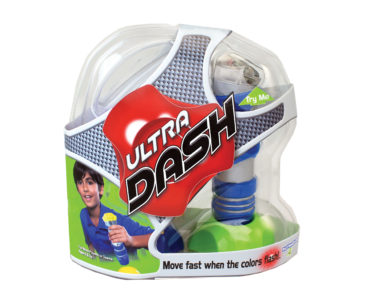 FEBRUARY 14, 2017 – BELOIT, Wis. – This week, PlayMonster heads to the North American International Toy Fair in New York, where they’ll unveil a dozen new toys and games that entertain, engage and empower to make a positive difference in people’s lives.

“This is one of our favorite times of the year,” said Bob Wann, Chief PlayMonster of PlayMonster. “We’re extending our presence in the game aisle with six new titles; revealing additions to proven, popular brands such as My Fairy Garden; and showcasing Wonder Crew, the boy-centric toy line that is helping break gender stereotypes.” 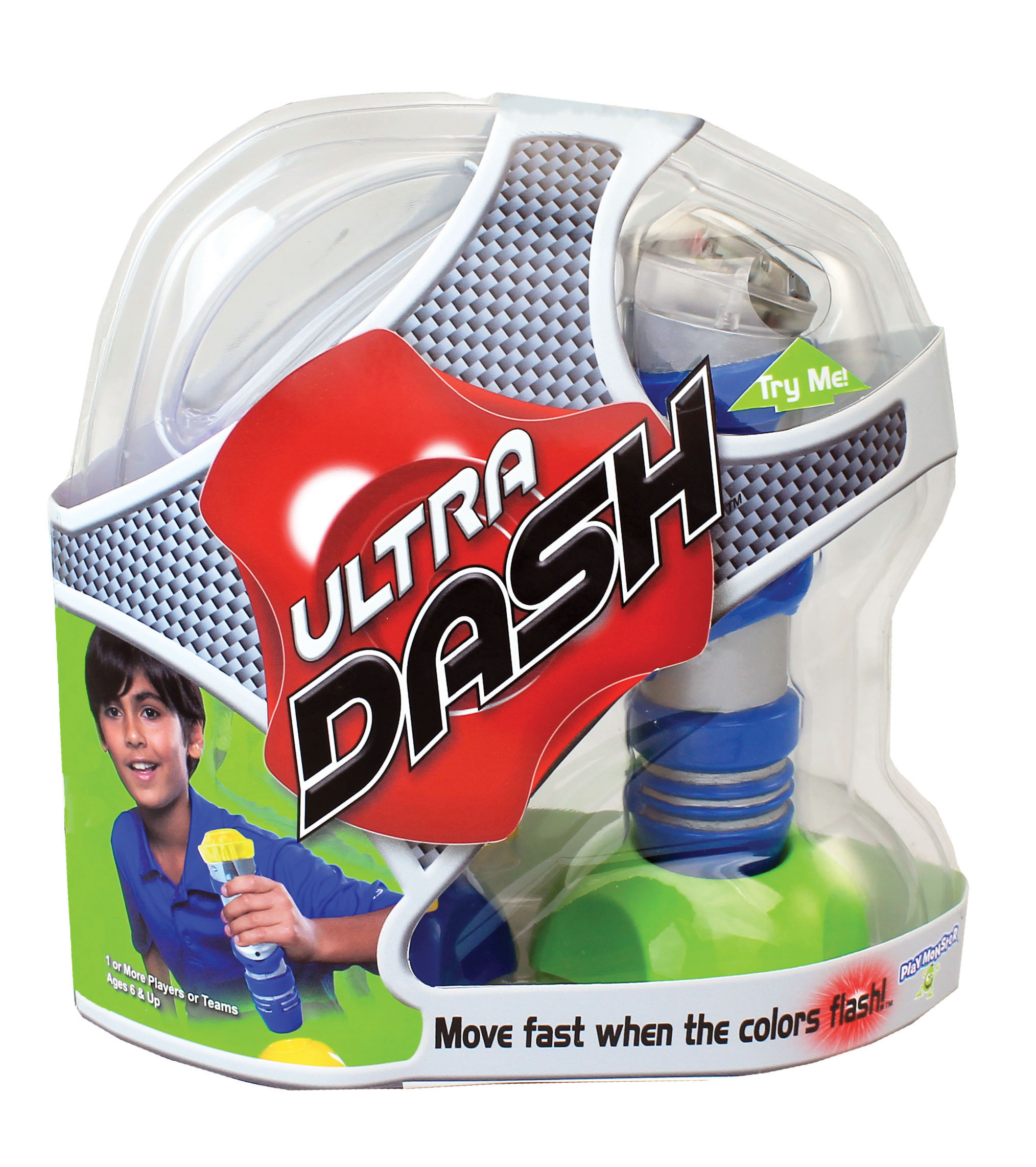 Leading the way is Ultra DashTM, the newest addition to PlayMonster’s Active Play game line that will get players moving and thinking fast. A follow up to the popular Hyper Dash game, Ultra Dash provides a thrilling rush of excitement as kids race to match the color of the flashing light on their tagger to the color of the targets! Colors flash randomly and players can change their target course, so it’s a different game each time!

There are three game modes from which to choose, resulting in hours of play. Designed for one or more players or teams, ages 6 and up, Ultra Dash will be available in June 2017 for a suggested retail price of $19.99‒$24.99.

Combining the love of nature and imaginative play, PlayMonster grows My Fairy Garden®, a toy set and living garden in one. New to the line is Bean Blossom, a brightly colored watering can that includes soil and beans to grow real plants! The beans are magical, and as they sprout, inspirational words such as DREAM, SMILE, AMAZING appear in the greenery. Adding to the set is Misty — a beautiful fairy — her frog friend FiFi, a fairy swing and gardening tool.

The Wonder Crew® toy line is designed to empower boys to connect, nurture and build empathy through friendship, imagination and adventure. The brand is turning the table on the conversation about gender stereotypes and toys, which has largely been focused on presenting more options for girls to play. Wonder Crew fills a hole in the market by offering a toy that helps boys develop their emotional maturity, including compassion and kindness, to help them grow to be good men, husbands, fathers and more.  The line includes: 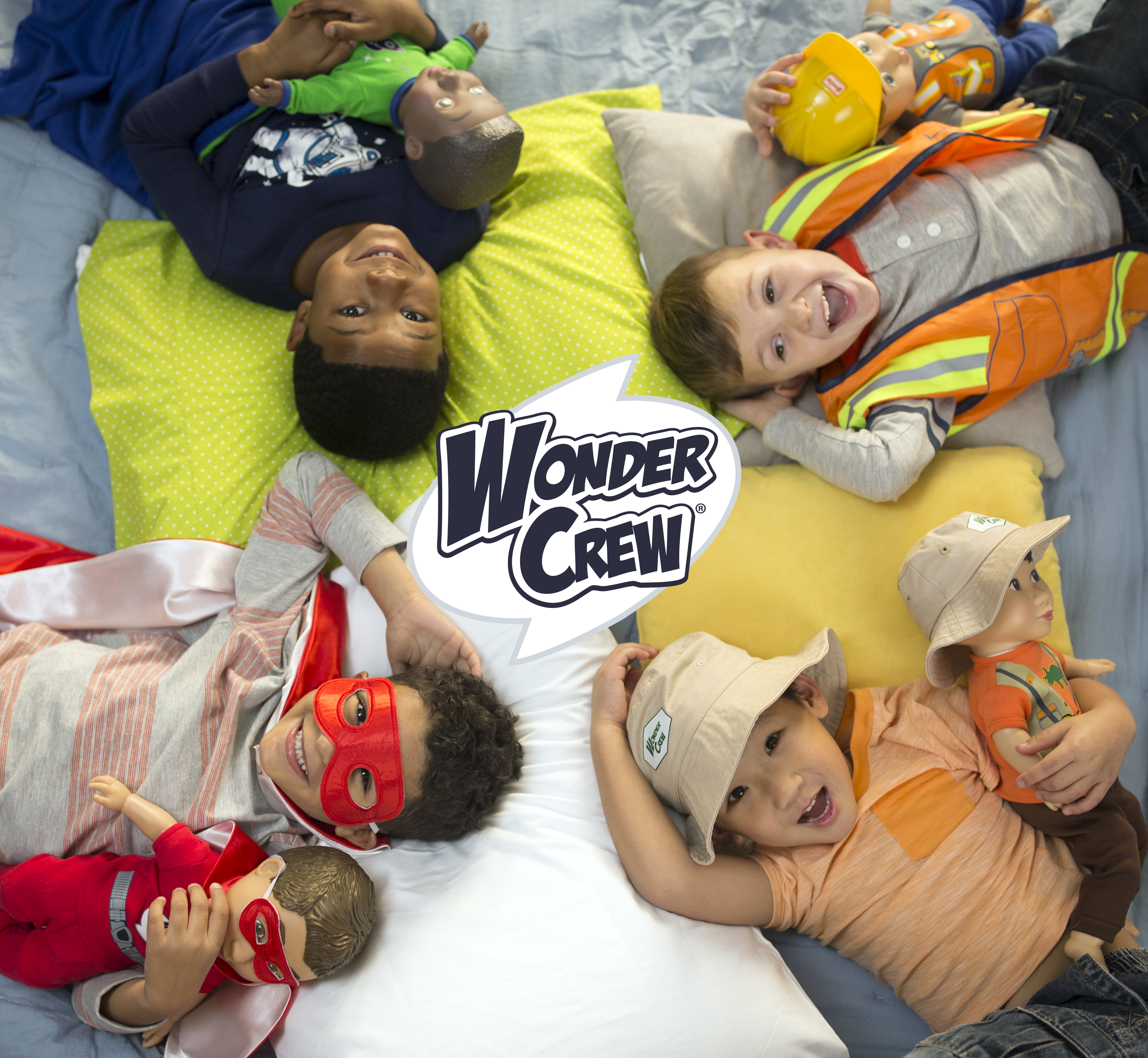 Wonder Crew Buddies – Combining the adventure of an action figure with the emotional connection of a stuffed animal, these 15″ cuddly heroes are: Will (Caucasian), Marco (Hispanic), James (African American) and Erik (Asian), and are in stores now. Each comes dressed in superhero gear, complete with matching mask and cape for the child.

●      Builder: A construction outfit and hardhat for the buddy, plus a matching kid-size vest

●      Explorer: A safari-looking outfit and hat for the buddy, and a matching kid-size hat

●      Snuggler: A set of pajamas for the buddy, and a blanket for the child.

PlayMonster will showcase these new products, new additions to its Mirari® infant and toddler brand, and much more at booth #435 at the North American International Toy Fair in New York, February 18‒21, 2017.

Beloit, WI-based PlayMonster is a toy and game company that believes in the power of play to make a positive difference in people’s lives. Delivering great play value by designing, manufacturing and marketing quality products like the award-winning The Game of THINGS…®, 5 Second Rule®, Mirari®, Stinky PigTM, Yeti in my Spaghetti®, Farkle, Chrono Bomb®, OK to Wake!®, Lauri®, Stratego®, Roominate®, My Fairy Garden® and Wooly Willy® is how PlayMonster helps keep play alive for all ages.