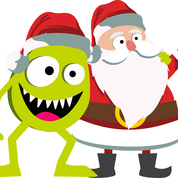 PLAYMONSTER NOMINATED FOR FIVE TOY OF THE YEAR AWARDS

VOTE Today to Help PlayMonster Win the “Oscars” of the Toy Industry!

“In the toy industry, it’s an honor to have just one TOTY finalist, and it’s exceptional and exciting to have five in one year,” said Bob Wann, Chief PlayMonster of PlayMonster. “It’s a testament to the hard work and dedication of our entire team as we worked tirelessly to transition in the marketplace from Patch Products to PlayMonster.”

PlayMonster announced its official transition from Patch Products to PlayMonster in February 2016 to better reflect the company’s continued commitment to provide play for all ages. In previous years, the company has earned single TOTY nods, so five finalists this year is a company record.

Consumers, industry executives and retailers alike, can vote for PlayMonster through January 15, 2017 directly at the following links:

Activity Toy of the Year – My Fairy Garden

An enchanting plant, grow and play activity set, My Fairy Garden is a fun and interactive activity that includes everything girls need to create their own fairy world, including soil and seeds!

Game of the Year – Yeti in My Spaghetti

Lay noodles across the top of the bowl, set Yeti on top, and go! Yeti in My Spaghetti is a ridiculous simple game that is a favorite among kids and families!

Specialty Toy of the Year – Automoblox and Perplexus Q-bot

Automoblox is an innovative, collectible toy vehicle that combines the beauty and feel of wood with the value of take-apart play and customization.

An all-new Perplexus in size, shape, theme and everyday price, inside the Q-bot clear cube is a funky robot that features a winding, moving track to maneuver the marble through!

Combining the adventure of an action figure with the emotional connection of a favorite stuffed animal, Wonder Crew empowers boys to connect, nurture and build empathy through friendship, imagination and adventure; to go anywhere and be anything.

Beloit, WI-based PlayMonster is a toy and game company that believes in the power of play to make a positive difference in people’s lives. Delivering great play value by designing, manufacturing and marketing quality products like the award-winning The Game of THINGS…®, 5 Second Rule®, Mirari®, Perplexus®, Stinky PigTM, Yeti in my Spaghetti®, Farkle, Chrono Bomb®, OK to Wake!®, Lauri®, Stratego®, RoominateTM, My Fairy GardenTM and Wooly Willy® is how PlayMonster helps keep play alive for all ages.