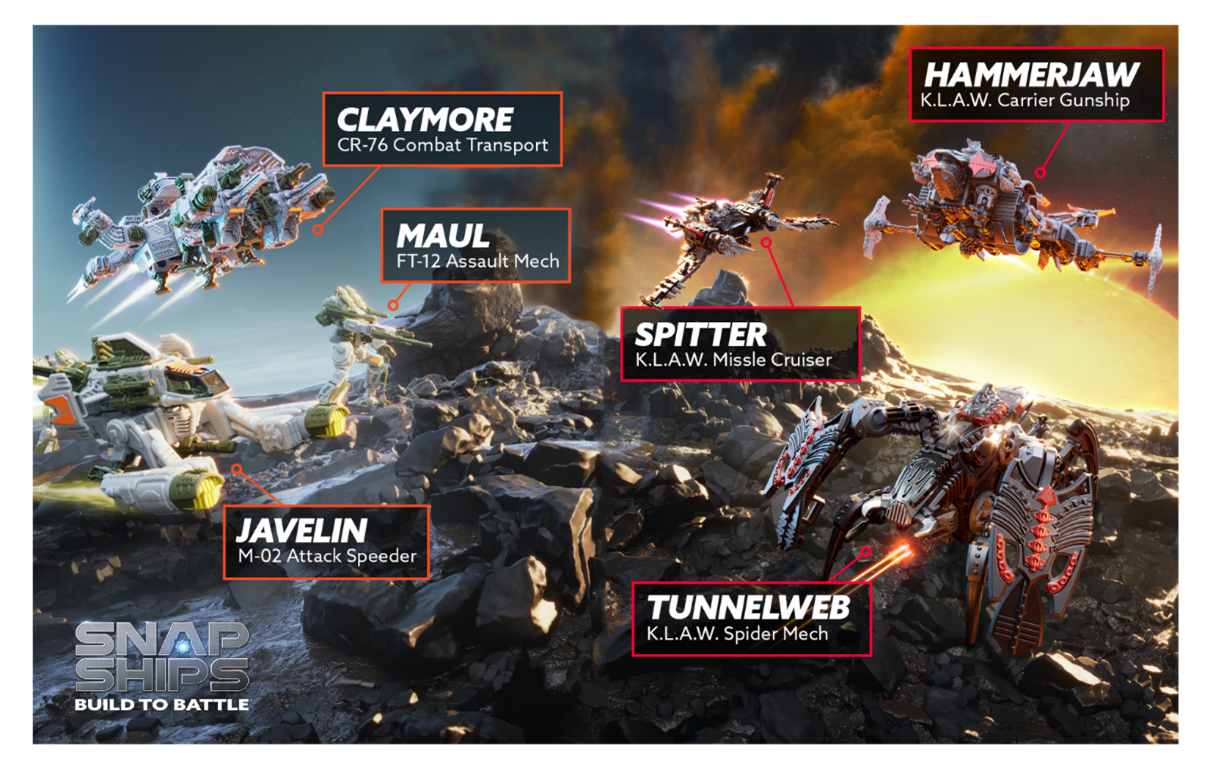 BELOIT, Wis. (November 19, 2021) — Snap Ships, the award-winning modular building system and leader in build-to-battle action-play, is releasing six new products this holiday season, including the anticipated Claymore CR-76 Combat Transport. As the season’s hero product, this transport ship packs a punch with a bay area that holds and releases two miniature mechs for ground battle. The additional new releases are modular and multi-build for fans to grow their fleet.

New releases are available for purchase on Amazon.com and include:

“Along with Snap Ships fans, we’ve been on the edge of our seats waiting for these new builds to arrive,” said Scott Pease and Jeff Swenty, co-inventors of Snap Ships. “The new kits offer a level of detail and customization far beyond wave 1, with ball joint connectors, new cockpits and details, and large structural pieces. When combined with wave 1 and 2, the building possibilities expand exponentially. We can’t wait to see the custom ships and mechs our fans create with them!”

Designed for kids and collectors of all ages, Snap Ships invites fans to build, battle, and display an exciting array of cool spacecraft, merging two of the biggest play patterns for boys—action-play and construction. Each Snap Ships comes with a mysterious UJU tech piece that holds special value hidden inside the box.

Earlier this year, PlayMonster, in collaboration with Design Partner Lynnvander Studios, announced the development of Snap Ships Tactics, a constructible, expandable, multiplayer battle game where players create custom Snap Ships and bring them to life on a tabletop battlefield. Snap Ships Tactics will be the first tabletop gaming experience to launch from the brand and a Kickstarter campaign is planned for 2022, where fans will be invited to influence the final game design and receive teasers and Snap Ships exclusives along the way.

Fans can join the Snap Ships email list here to learn about the Kickstarter campaign and get key updates about product arrivals and more.

ChizComm (on behalf of PlayMonster)