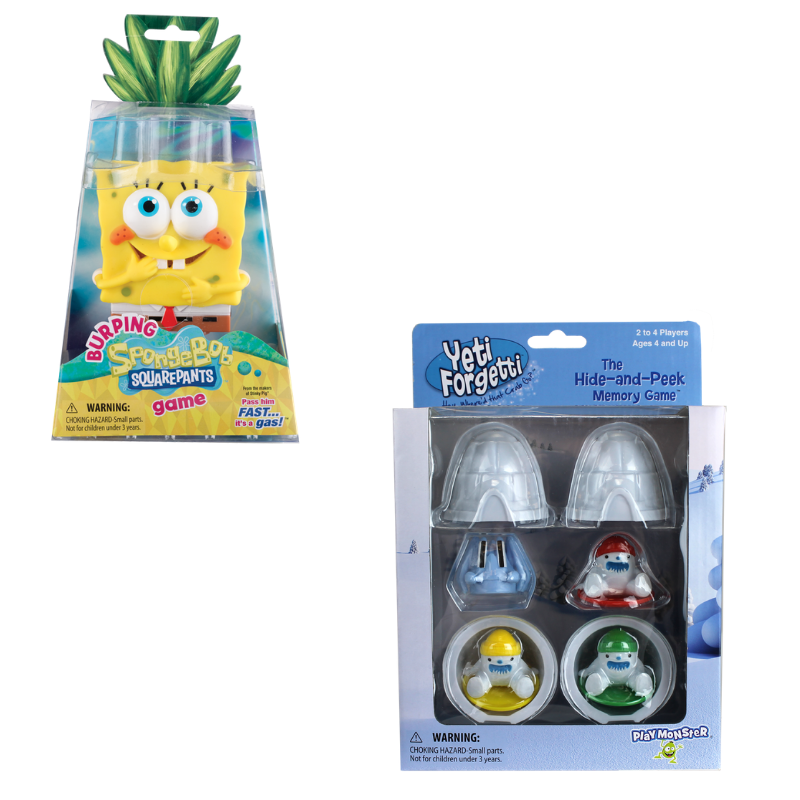 BELOIT, Wis. (June 3, 2019) — PlayMonster—the company behind award-winning games like Yeti in My Spaghetti® and Don’t Rock the Boat®—launched two new kids games for 2019. Both games feature fun characters and engaging game play for kids and families!

Yeti Forgetti™ joins PlayMonster’s popular yeti games, Yeti in My Spaghetti and Yeti, Set, Go!™ This time, the yetis are hiding under igloos, and children draw cards that tell them to find a certain yeti, peek under igloos or move them around, all while trying to remember which yeti is where. If they accidentally lift up the wrong igloo and find the snow crab, it scurries off—and that means losing points! It’s a fun Hide-and-Peek Memory Game™. For two to four players ages four and up.

A new personality joins the popular Stinky Pig® family: Burping SpongeBob SquarePants™. Similar to its farting counterpart, Burping SpongeBob play is fun and fast in hot potato fashion, but with a slightly different kind of gas. SpongeBob plays a fun, tropical tune while being passed from player to player, but if he lets one loose in your possession…you must take a token. The player with the fewest tokens in the end wins! It’s perfect fun for two or more players, ages six and up.