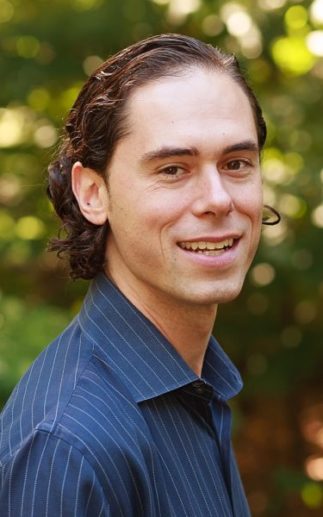 Growing up in New York, Adam Hocherman loved construction toys and disassembling, repairing and tinkering with things – building R/C (radio controlled) cars, electric trains, balsawood airplanes, and whatever else he could get his hands on. This ultimately led to his love of engineering, and his passion for product design.

He obtained a degree from Cornell University – twice! First a Bachelor of Science in Mechanical & Aerospace Engineering and later he went back for his MBA. His education and experiences at Cornell lead to the founding of his first company, American Innovative.  That company manufactured specialty alarm clocks, timers and, ultimately a very successful line of children’s clocks and night-lights which he sold to PlayMonster in 2014.

Inspired by what he had learned with his first product company, Adam set out to create something new. After carefully considering what he liked and didn’t like about running the first business, he came up with a list of qualities that he thought would make for an interesting product: something educational, a building kit, wooden, and made in America. Ultimately he created an experience that he hoped would set the company apart from competitors.

With his list in mind, Adam founded Tinkineer in 2015 – a Beverly, MA based company with an exciting new line of STEM maker kits designed for children 9+. Tinkineer launched its first products through Kickstarter – Marbleocity, a series of build-it-yourself marble machines made of laser-cut Baltic birch plywood. Marbleocity let Adam combine his passion for education and designing children’s toys with his desire to design a product in the United States at a manufacturing facility that he set up himself.

Clearly, Adam’s vision resonated with many people as the Kickstarter surpassed its goal by raising over $130,000 – more than nine times the initial goal – with over 1,500 backers. Each Marbleocity kit is designed to introduce children to engineering and physics concepts with engaging lessons told through the eyes of the “Tinkineers,” a group of comic characters presented in graphic novella form. The principles introduced are then reinforced through the construction of the kits and brought full circle with real world examples and applications. The use of Baltic birch plywood further differentiates Marbleocity from most other STEM and science kits by creating a sensory experience: it’s tactile and it even smells good, thanks to the laser-cutting process that leaves a “campfire” aroma.

In March of 2017, PlayMonster acquired Tinkineer and its Marbleocity line. Adam was also given an exciting role with the company as PlayMonster’s Vice President of New Business, where he continues to help grow the Tinkineer line and to develop other new product opportunities!

To set up and interview with Adam Hocherman, please contact uscreate new email!