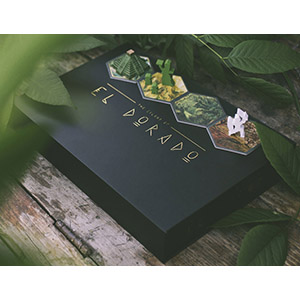 BELOIT, Wis. (January 28, 2019) — With the growth and popularity of the strategy game category, PlayMonster has taken steps to expand its offering for 2019 by licensing a successful Kickstarter game brand that features brilliant game play and stunning graphics and game pieces. The Island of El Dorado™ and the first expansion pack, The Island of Thieves™, will be shown during North American International Toy Fair in New York, February 16 – 19 at booth #435.

The Island of El Dorado, fully funded on Kickstarter within 20 hours, is an easy-to-learn strategy game that is fun and challenging for both novices and veterans. The game takes players back to the year 1589, and players become brave explorers in search of the island’s four mysterious shrines of untold power! The first to control all four of the island’s shrines wins the game.

The genius of The Island of El Dorado is that it combines the best of classic game styles to create a unique and interesting game: Euro (strategy with economic themes), 4X (exploring and expanding), civilization (building a city), war (battles) and race (be the first to find or finish something).

During the game, players roll dice to see how many moves they will make and how many resources they will gather. They then use those moves and resources to explore and build their village so they are ready for battle when they come up against a foe! Players can explore existing area of the map, or lay down new ones. When they find a shrine, they must give an offering and then race to find the next so they may control all four and win!