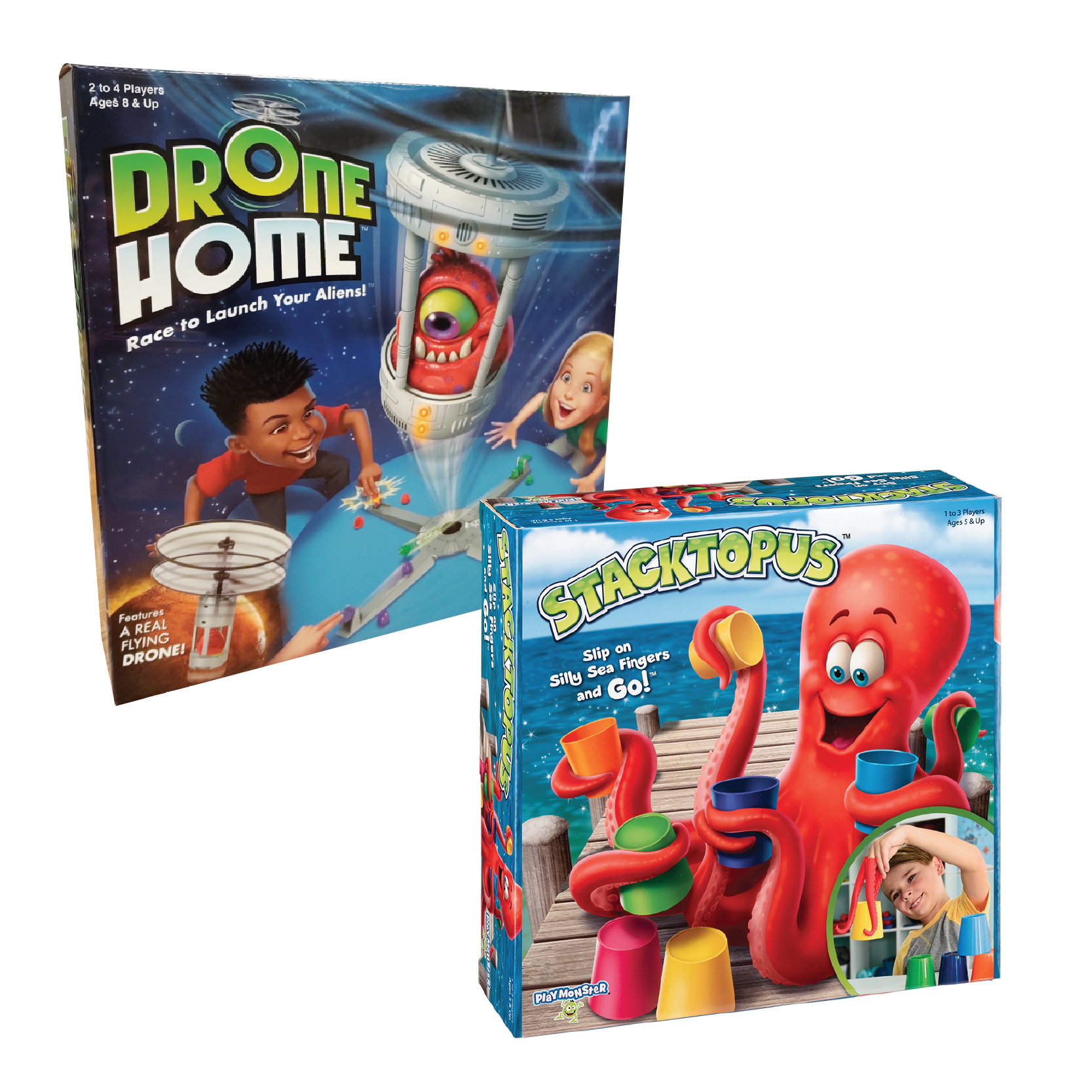 The First Game of its Kind, Drone Home, and a Game that has Kids Acting like an Octopus Will Become New Favorites in the Game Aisle

BELOIT, Wis. (February 22, 2020) — PlayMonster cast a wide net in search of a new, exciting kids game, and caught two winners with Drone Home™ and Stacktopus®, each offering unique and exciting game play to engage and entertain kids and families! Race to preview these games at North American International Toy Fair in New York, February 22 – 25 at booth #435.

Drone Home is the first-ever game with a real drone, which adds a flying payoff to game play! In the exciting head-to-head competitive play, kids race to launch their aliens down ramps to get them into the drone. When an alien lands inside, it triggers the drone to start up and fly. Because there is a delay, other players can sabotage the flight by knocking the alien out with their own aliens! When the drone eventually takes off, any aliens inside it “make it safely home”! The goal is to get rid of all your aliens! The suspense and action is intensely fun for 2 to 4 players, ages 6 and up.

The fun kids game Stacktopus may seem easy—kids have to simply race to stack color cups to match the configurations on the colorful cards—but there’s a twist! Each player must wear three silly sea fingers and use only those fingers to grasp, hold and maneuver the cups! It ends up getting really silly and really funny! It’s even more amusing when adults play with kids because everyone is on even ground, and what’s not funny about watching your dad or grandma wear octopus arms and try to pick up cups?! Even when not playing the game, kids end up wearing the silly sea fingers and having tons of fun with them! Stacktopus is fun for ages 5 and up, and is great for 1 to 3 players.