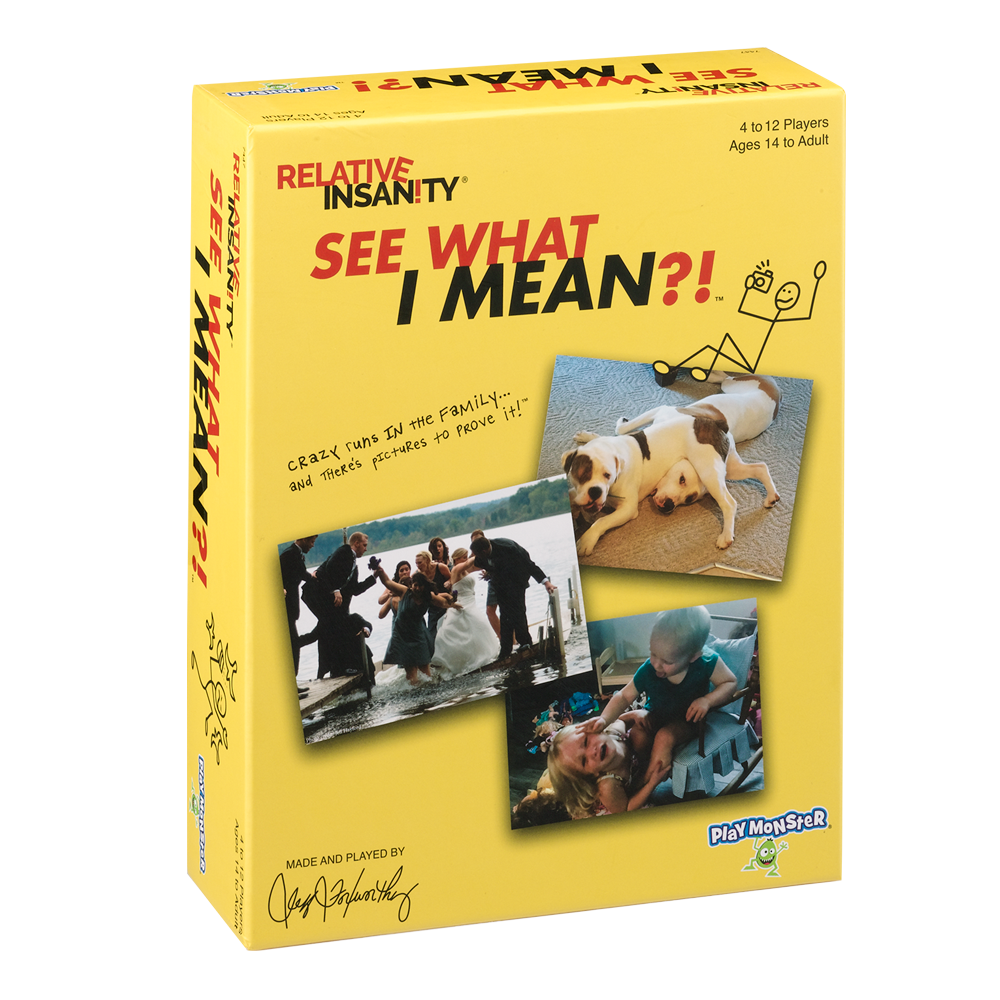 BELOIT, Wis. (March 20, 2020) — PlayMonster LLC and comedian Jeff Foxworthy have once again teamed up to bring laugher to your game nights! Relative Insanity® See What I Mean?!™ combines the fun and humor of the original game with the popularity of memes to create a whole new game in this insane family humor game line!

In this newest addition to the hilarious brand made and played by comedian Jeff Foxworthy, you now have photos—crazy ones that you’d see in family albums or posted online by relatives—and you play cards that caption those photos! Captions are written by Jeff Foxworthy, so you know they’ll be funny! There are even a few photos of Foxworthy himself in the game!

The judge chooses a photo card, rolls the die so players know which caption category to use, and then players pick their funniest caption card for the photo! The Judge’s favorite one gets two points, and the second best gets 1 point! But watch out—if you toss in a baaa-aad caption, you may just be the black sheep of the family!

The game includes 100 funny photos and 900 hilarious captions on 300 cards, plus a die and some scoring doodads! Like the original game and its expansion pack, Relative Insanity See What I Mean?! is fun for 4 to 12 players, ages 14+.

Jeff Foxworthy is one of the most respected and successful comedians in the country.  He is the largest selling comedy-recording artist in history, a multiple Grammy Award nominee and best selling author of more than 26 books. In 2014, he was inducted into the Georgia Music Hall of Fame.   Widely known for his redneck jokes, his act goes well beyond that to explore the humor in everyday family interactions and human nature, a style that has been compared to Mark Twain’s.  Most recently Jeff was one of the judges on the NBC comedy competition show “Bring The Funny,”  He has his own comedy channel “Jeff and Larry’s Comedy Roundup” on SIRIUSXM, which showcases the best in great American comedy.  He has a comedy special “We’ve Been Thinking” which is currently available on Netflix and released a game called “Relative Insanity” which uses bits of his material for lots of game time fun.