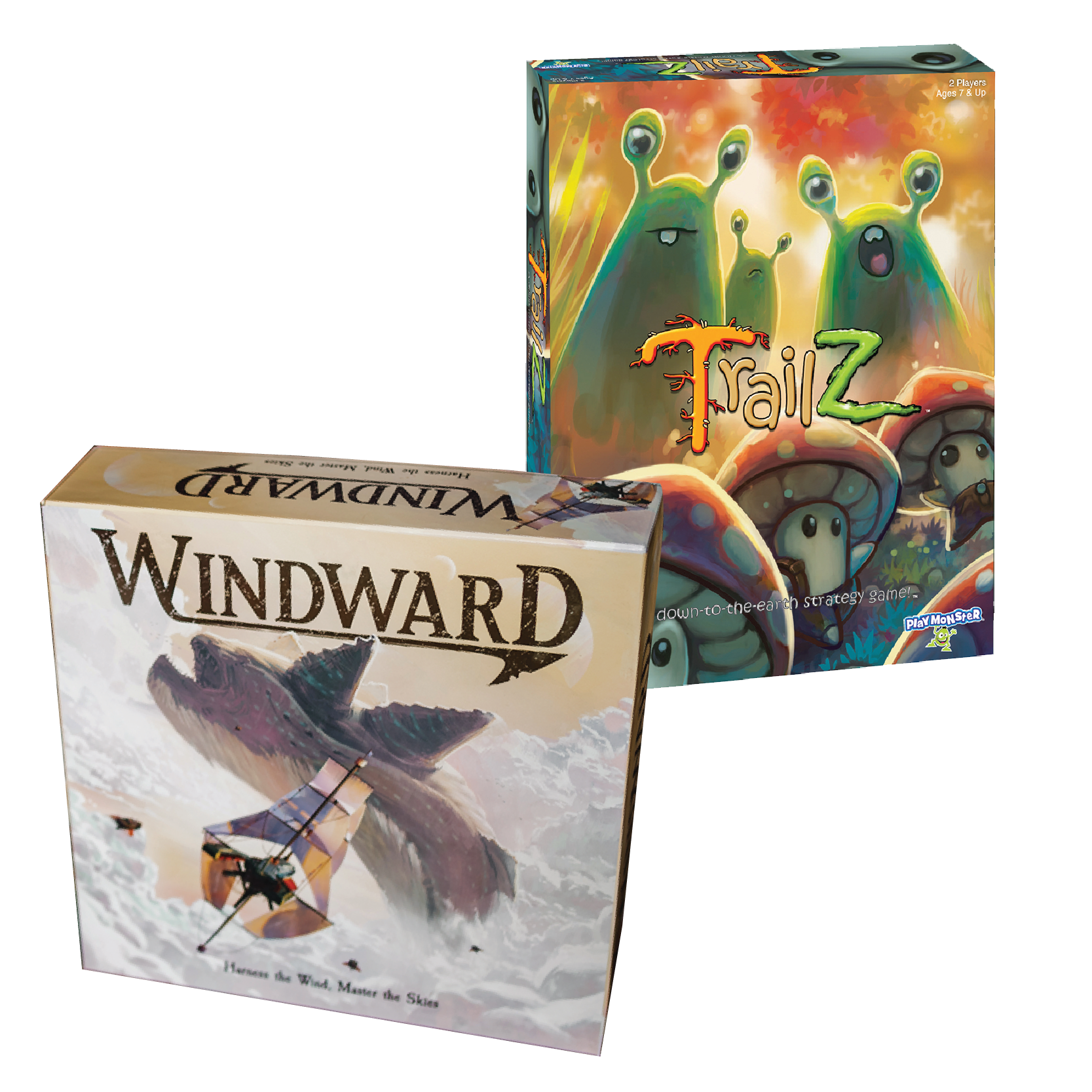 As Strategy Games Gain Popularity Among Consumers, PlayMonster Reconfigures its Line to Offer Something for Everyone

Trailz™ is the down-to-the-earth strategy game where teams of shrooms and slugs face off to out-smart and out-maneuver each other to get to the other side of the ground (board)! It’s a light-hearted and unconventional theme for a strategy game, which adds extra fun and appeals to a wider audience, making strategy games more accessible. Kids can play the game, and adults can play with kids, and use as little or as much strategy as they want! It’s a great way to get a younger generation interested in strategy play! This cleverly simple, yet challenging game is for 2 players, ages 7 and up.

The second game, Reign™, focuses on the excitement and player elimination of battle royale play, and adds the unique element of a “shrinking” break-away game board. Four different factions—Droids, Samurais, Barbarians and Super Soldiers—are each controlled by one player, and fight to be the last one standing on a tumultuous piece of land. As they race to safety and fight their opponents, natural disasters take out chunks of the land (game board) and take any players occupying that space with them. The game is different each time you play, so a strategy you used previously may not work again! It’s an innovative and unpredictable game for 2 to 4 players, ages 8 and up.

Windward™ is a more in-depth strategy game that began on Kickstarter, where it was fully funded in the first 33 minutes of its campaign. The game features awe-inspiring artwork and high-quality game pieces worthy of collectors. Game play revolves around an intricate, immersive world where players strive to become the most notorious captain on the gaseous planet of Celus. They can become the master of the skies by hunting leviathans, plundering opponents, and using cunning maneuvers to harness the power of the ever-changing wind. It’s a different game each time it’s played, and strategies have to morph and adapt to that change! For 2 to 5 players, ages 14 to adult.