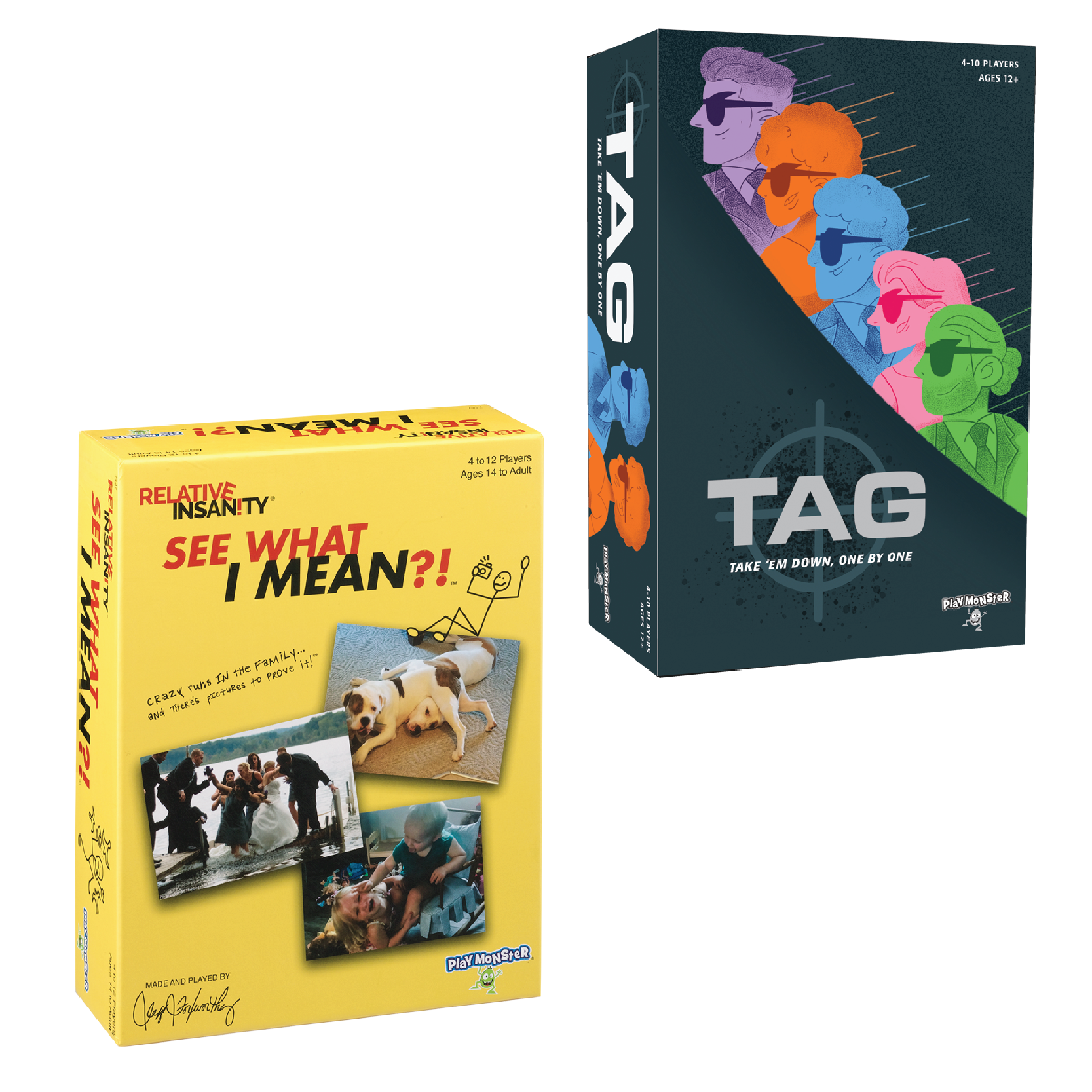 With a Never-Before-Seen Live Action Game and a Natural (but Hilarious) Extension of the Relative Insanity Brand, PlayMonster is Raising the Bar on Party Games

BELOIT, Wis. (February 22, 2020) — A leader in the game aisle, PlayMonster is stepping things up once again with a revolutionary new type of party game, as well as a picture-perfect extension to their widely popular Relative Insanity game. Preview these games at North American International Toy Fair in New York, February 22 – 25 at booth #435.

TAG™ combines the thrill and suspense of an elimintion game with the creativity and freedom of real-time competition to bring Live Action Gaming to the game aisle for the first time. There’s no sitting down at a table and playing nice—it’s an on-going game of trying to eliminate other players so you’re the last one! Each player is assigned a color identification, and gets a target and a method. For example, your target may be “blue” and your method card may indicate that you have to eliminate them by tricking them into standing under your method card. So, you may wedge it into the top of a door frame and call them into the room, causing them to pause in the doorway, and a-ha! You have successfully eliminated them! “Blue” is now out of the game and hands over their target and method so you now have new ones! This game can take hours, days or weeks—it depends on where you’re playing and who you’re playing with. It’s great for college campuses, offices, family vacations and more! For up to 10 players, ages 14+.

Relative Insanity® See What I Mean?!™ is the newest addition to the hilarious brand made and played by comedian Jeff Foxworthy! In this game, you now have photos—crazy ones that you’d see in family albums or posted online by relatives—and you play cards that caption those photos! Captions are written by Jeff Foxworthy, so you know they’ll be funny! There are even a few photos of Foxworthy himself in the game! It’s fun for 4 to 12 players, ages 14+.