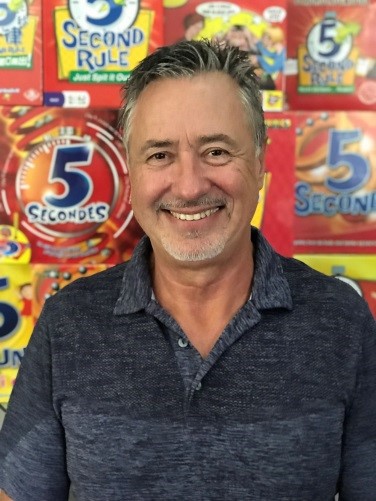 BELOIT, Wis. (July 29, 2019) — Richard Gill, well-known for international development and success in the toy industry, is the newest member of the PlayMonster management team as VP International, or Chief Explorer Monster as the playful company calls him! Gill brings over 30 years of experience to his new role, and will use that to develop and lead PlayMonster’s international division, covering all markets outside of the US, Canada and UK. Interplay will continue to be run as a separate subsidiary, managed by UK Managing Director Adrian Whyles.

Prior to joining the PlayMonster team, Gill successfully co-owned and managed McGill Assocs., an international sales and marketing consultancy, for nearly 20 years. With products placed in over 50 markets worldwide, McGill Assocs. provides instant international development function to small- to medium-sized toy industry clients looking for international partners, licensees or distributors. For the last seven-plus years, Gill has consulted and worked with PlayMonster to expand its games into 50 countries outside of the US and Canada. His greatest accomplishment with PlayMonster has been with the popular game 5 Second Rule, which to date, has reached 44 countries in 28 languages and is a top-seller both in and out of the US market.

Born in the United Kingdom, but living primarily in the US since 1993, Emmy-nominated Richard Gill was responsible for overseeing the phenomenal international successes of both Trivial Pursuit and Pictionary for 15 years, before the sale of the Pictionary business in 2001. As the former co-owner and developer of the Pictionary brand, Gill built an international network for the board game into over 60 markets and 35 languages while successfully extending the brand into a syndicated TV show, publishing, electronics, the gaming industry, party goods and the confectionary businesses, among others.

“Having known and respected Richard for over 20 years now, I am very excited to have him as part of the PlayMonster team,” said Bob Wann, CEO and Chief PlayMonster. “His vast experience and track record of success with our brands and others will be key in the company’s rapid growth and successful international expansion.”

“I’ve enjoyed working with PlayMonster over the last several years and am thrilled to be part of the team,” said Richard Gill. “It feels like the right time to join the company to focus on their international expansion goals. PlayMonster is a perfect fit for me with its culture of playfulness and determination, and commitment to innovation. It’s an honor to join the respected management team here and I look forward to working more closely with them to create a stronger global presence.”