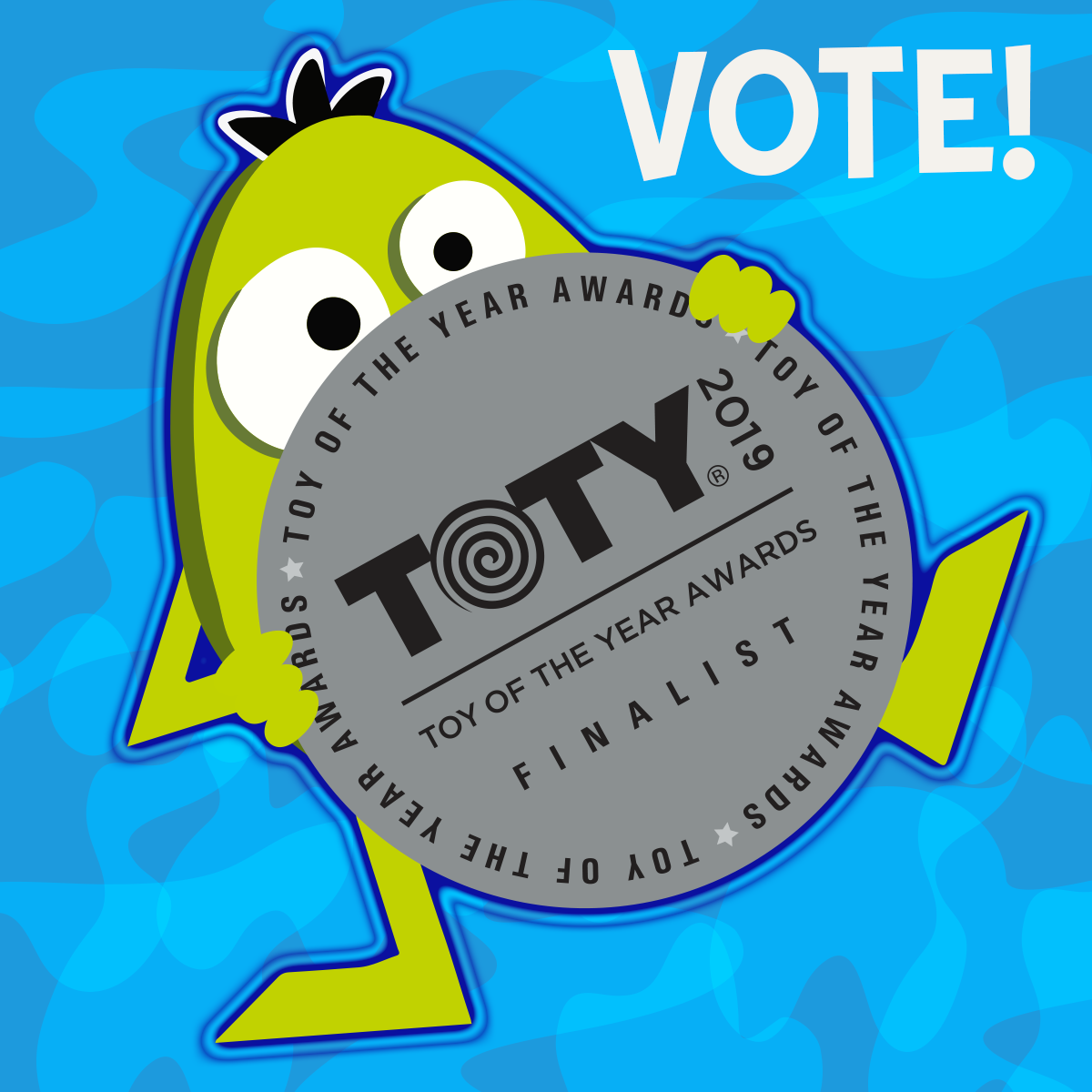 Vote for PlayMonster to Win for the Third Year in a Row!

BELOIT, Wis. (November 6, 2017) — PlayMonster has been named a finalist for four Toy of The Year (TOTY) 2019 Awards, the industry’s highest achievement and one of its most revered accolades. The company garnered nominations across four different categories: Construction Toy of the Year for Marbleocity Triple Play Archimedes Screw, Game of the Year for Relative Insanity, Infant/Toddler Toy of the Year for Kid O Hudson Glow Rattle and Vehicle of the Year for Automoblox BR100 Hercules.

The four finalist nominations follow last year’s win for PlayMonster’s Wonder Crew Superhero Will for Doll of the Year, and 2017’s first-ever win for PlayMonster with Yeti in My Spaghetti® for Game of the Year. Having winners the past two years has been a major accomplishment and honor for PlayMonster, and adding a third this year would be a huge success for PlayMonster. PlayMonster was founded as Patch Products in 1985, and changed its name in 2016 to reflect the company’s continued commitment to provide play for all ages.

The TOTY Awards are often referred to as the “Oscars” of the toy industry, and finalists were announced this week from a field of more than 550 nominations. Finalists were determined by elite members of the toy industry, including retail buyers, inventors/designers, academics, journalists, trade media spokespeople and bloggers. For more information about PlayMonster’s TOTY Award finalists, and to vote, visit playmonstervote.com.

The winners of the TOTY 2019 Awards will be announced on Friday, February 15, 2019, at the TOTY Awards Ceremony in New York City. The ceremony is considered to be the official kick off of the North American International Toy Fair, which takes place at New York City’s Jacob K. Javits Convention Center, Saturday, February 16 through Tuesday, February 19, 2019.